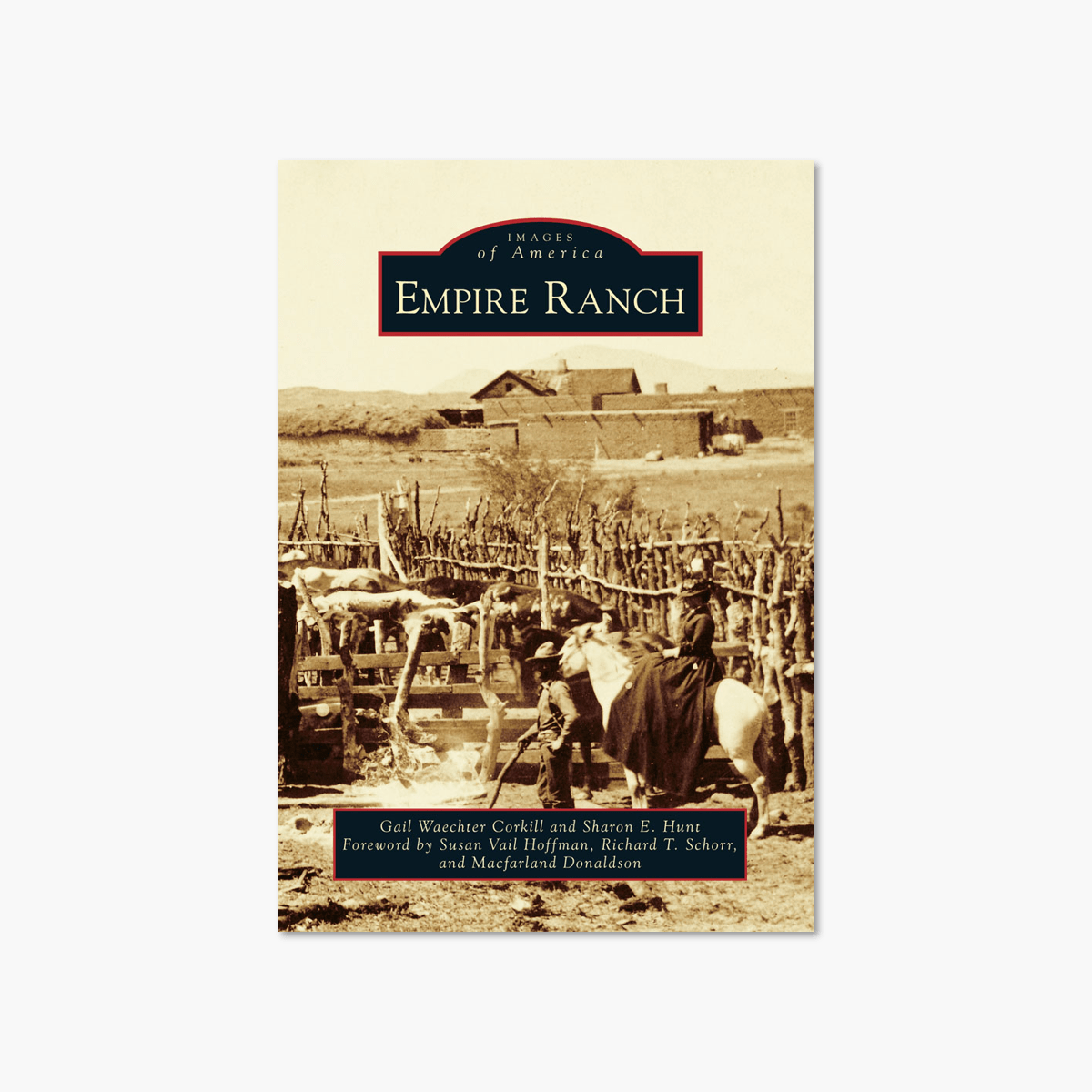 The Empire Ranch sits in the heart of the rolling grasslands and oak-studded foothills of Las Cienegas National Conservation Area in southeastern Arizona. Its remarkable history and the ranching way of life are told through the stories of the men, women, and children of the Empire, most notably the Vail, Boice, and Donaldson families. Walter L. Vail and Herbert R. Hislop purchased the Empire Ranch homestead for $2,000 in 1876. The Vail family operated the ranch until 1928, turning it into a cattle ranching empire. From 1928 to 1975, the well-respected Boice family ran a vibrant Hereford operation on the Empire. The Donaldson family used innovative range management methods to continue the ranching legacy from 1975 to 2009. Today, the ranch, under the management of the Bureau of Land Management, remains one of the oldest continuously working cattle ranches in the region.

There are no reviews yet, submit yours in the box provided.
Submitting Your Review, Please Wait
Your Review Has Been Submitted Successfully

You must include a title, rating, and message in your review.
Your Review Title
Your Rating
Your Review