Historic Empire Ranch: We’ll Be Back

The Empire Ranch had one of the first telephones in the area when a line was installed by 1890 between the ranch and the Pantano railroad town 45 miles north. Talented volunteer, John Weiss, refurbished and mounted a 1908 Kellogg candlestick telephone and Stromberg-Carlson Magneto Ringer (ca. 1894) in the Office (Room 11).

This equipment, which was probably used at the Los Encinos Guest Ranch in Sonoita, was donated by Frank Hedgcock,
ERF Advisory Committee member. 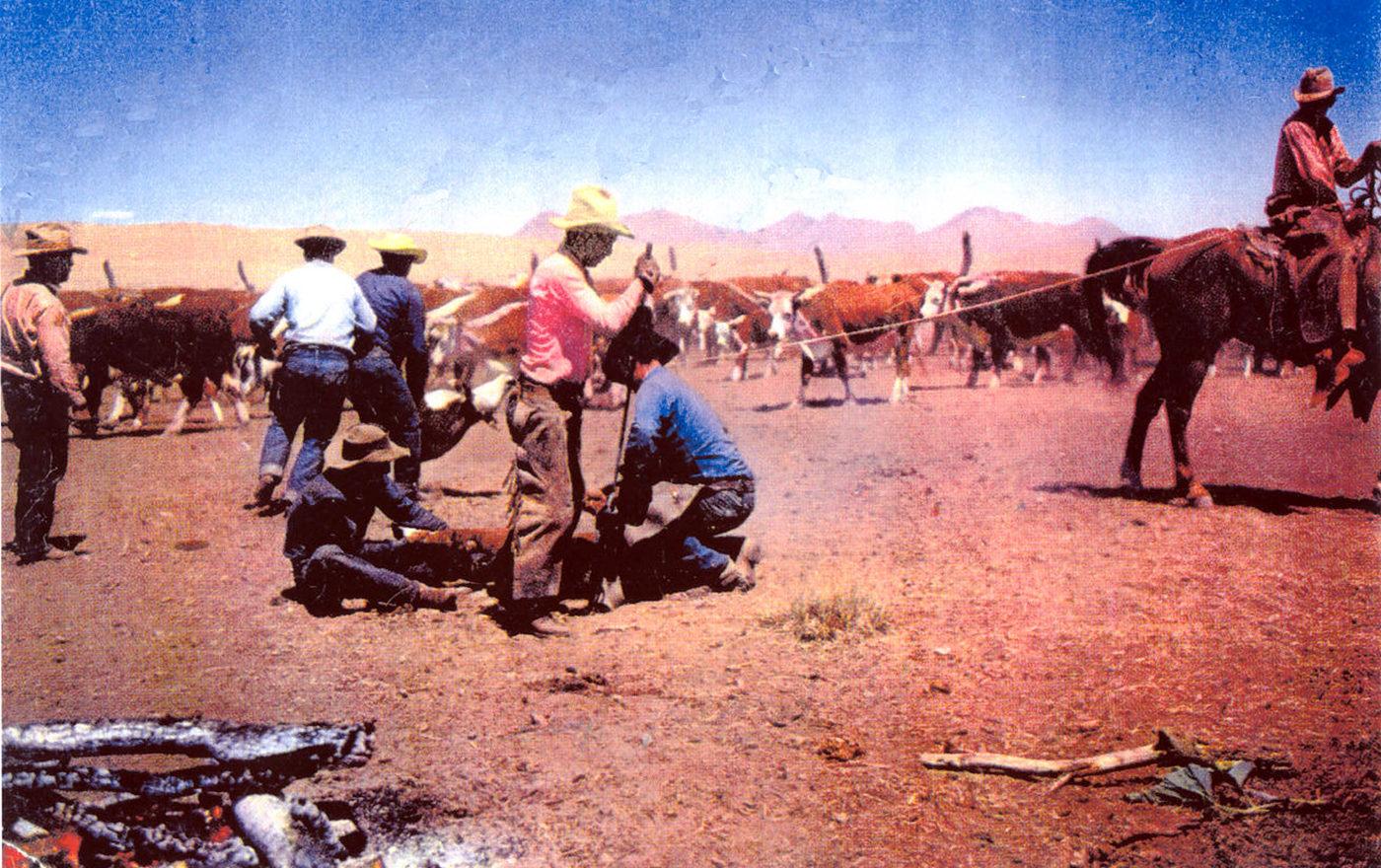 Cowboys of the Empire Ranch

The June/September issue of the ERF Newsletter features stories about some of the vaqueros and cowboys who
worked for the Vail (1876-1928) and Boice (1928-1974) families. 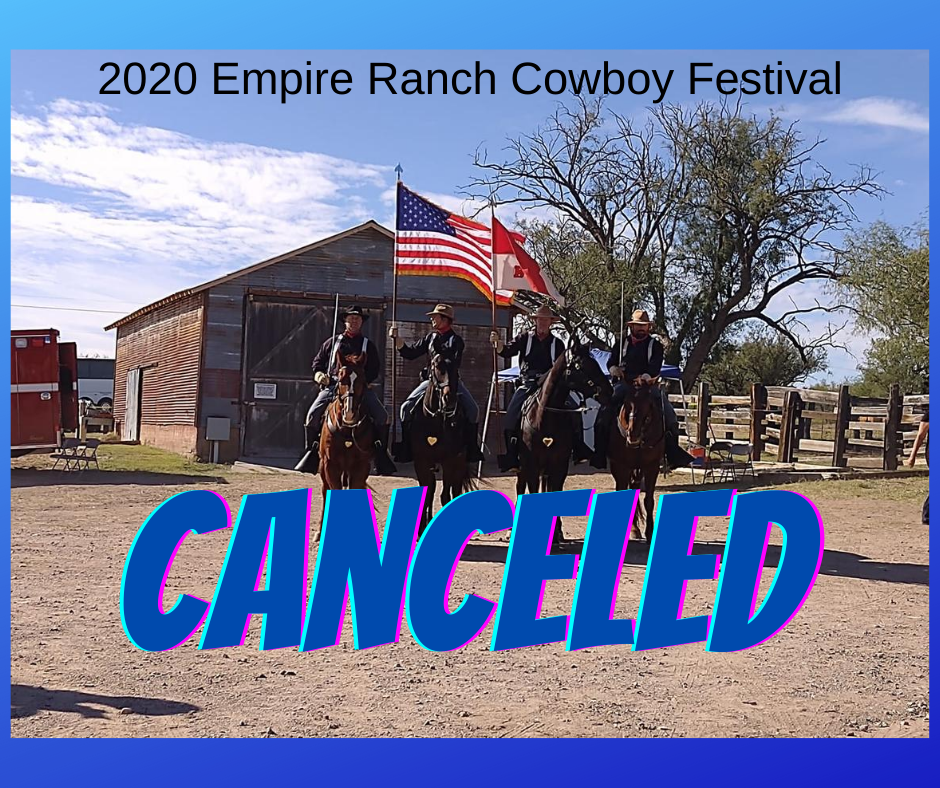 After careful consideration and conversation with the Bureau of Land Management, the Board of the Empire Ranch Foundation voted to cancel the 2020 Empire Ranch Cowboy Festival due to the ongoing COVID19 concerns.  This was a tough decision, but one that we felt was in the best interest of our performers, volunteers, and participants.  Please consider becoming a member or donating to the Empire Ranch Foundation so we can continue our events in 2021.  We appreciate all those who come to visit the ranch!  Thank you!

Are You an ERF Member?

Did you know that in 2019 membership dues provided 33% of the Foundation’s income?   ERF’s first membership drive was held in 2002 to implement one of the Foundation’s strategic planning goals– to expand the number of interested, contributing members to provide a continuing source of funds for preservation and outreach programs, and to participate in Empire Ranch Foundation programs and activities.

A strong membership base is as critical to ERF’s success today as then.  And it is especially important now since we are unable to host fundraising events.  If you are not a member, please consider joining by clicking here.   If you are a member we hope your membership is current.  If you’re unsure of your membership status contact send an email to admin@empireranchfoundation.org. 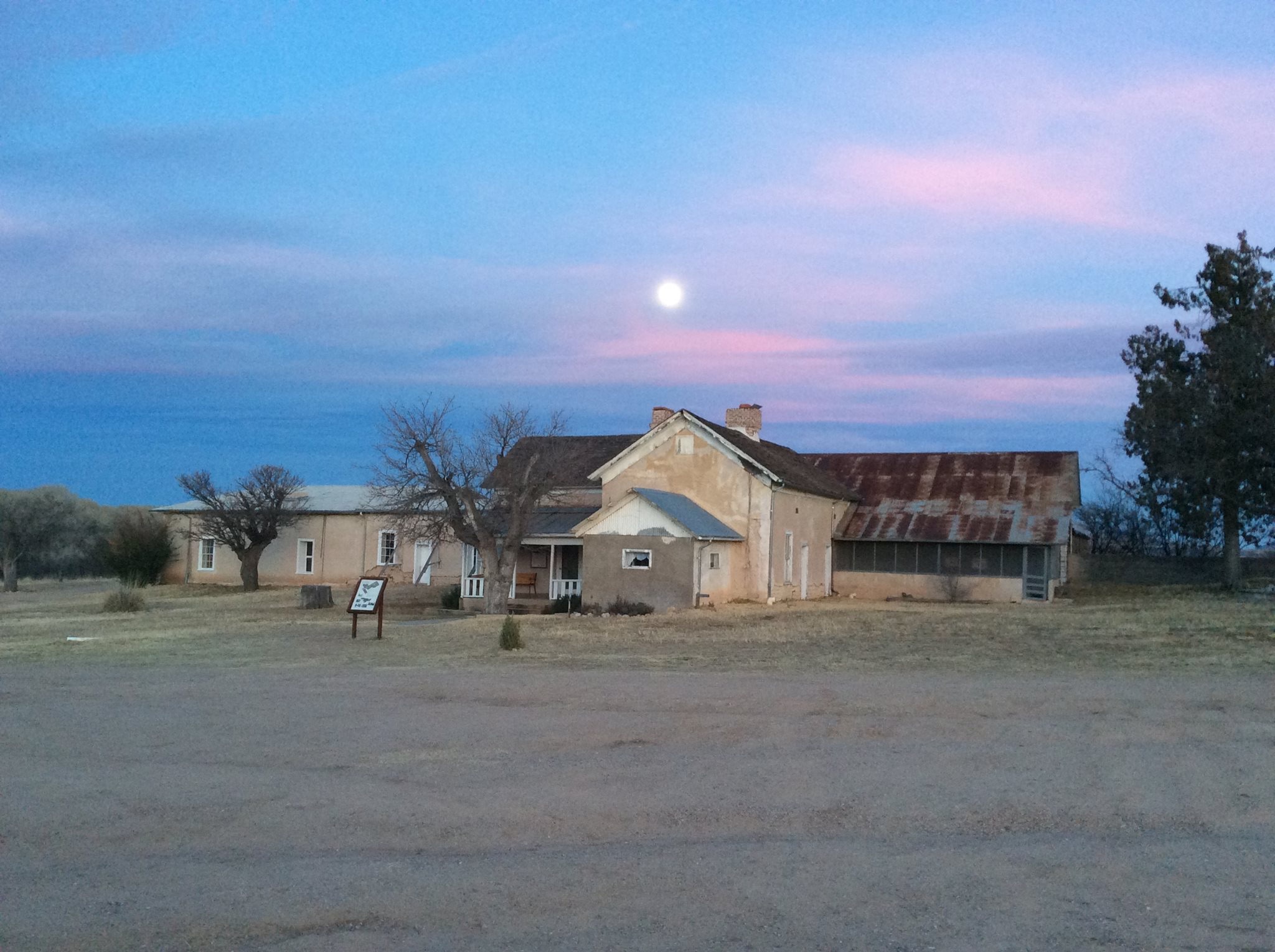 The historic Empire Ranch House on Las Cienegas National Conservation Area remains open for individual visitation.  Each room of the Ranch House has interpretive signage that explains the history of the room, its use, and past occupants.  Please be sure to close all doors behind you and practice social distancing if you encounter other visitors when touring the building. 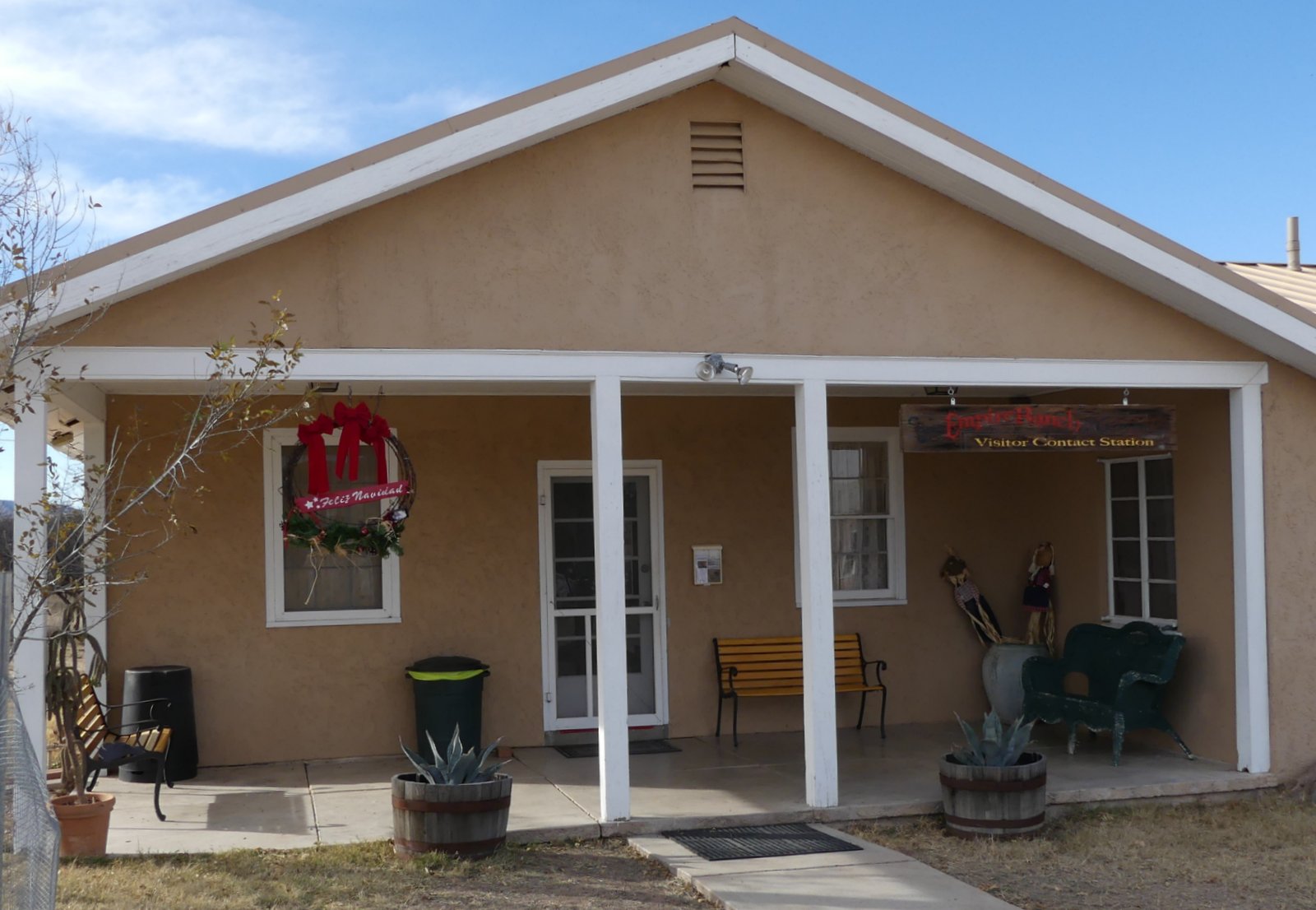 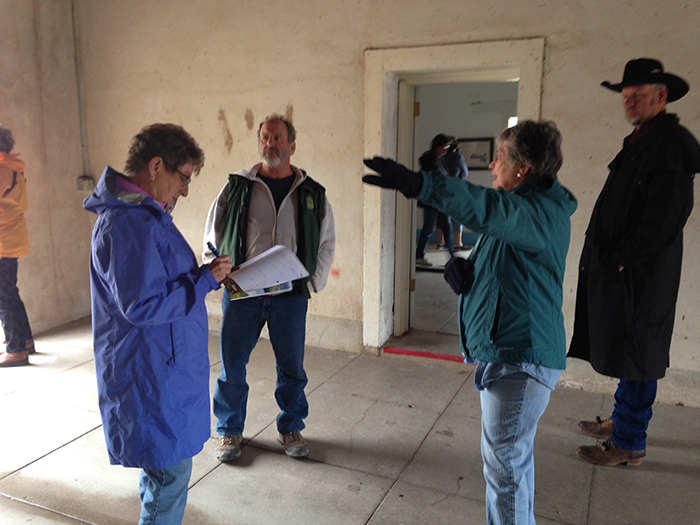 The Empire Ranch Foundation docent tours, held on the 2nd and 4th Saturday of every month, are cancelled until further notice.  The Empire Ranch House will remain open for self-guided tours.  Each room of the Ranch House has signage that describes the history and function of the room. 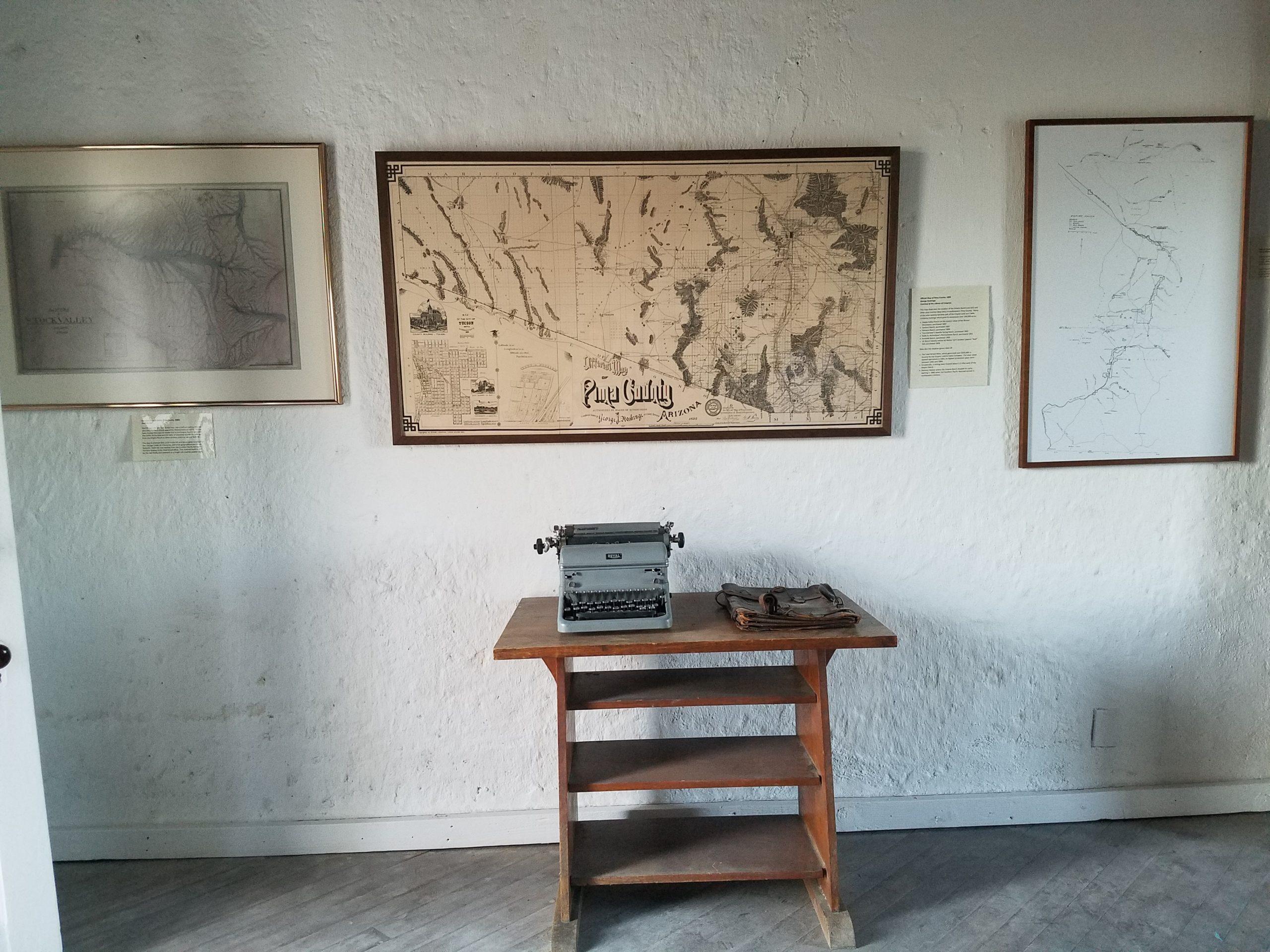 Plan to visit the Empire Ranch and view the newly interpreted Office (Room 11) in the Empire Ranch House.  Walter Vail added on the room he used to conduct his business and political affairs about 1878.  It still houses the Empire Land & Cattle Company safe in which Walter locked his whiskey when he was away from the ranch.  The Boice family also used this room as an office, and the safe was used to store the company’s books and records.  The room also contains a record/mailbox cabinet dating to the Vail era.

The room’s walls and interior woodwork were painted.  The cabinet was repaired, oiled, and cleaned.   A donated roll-top desk, rolling desk chair, and old Royal typewriter have been added to the furnishing.  Reproductions of five framed maps, which illustrate the location of the Empire Ranch and its holdings, including the Total Wreck Mine, are now mounted on the walls. 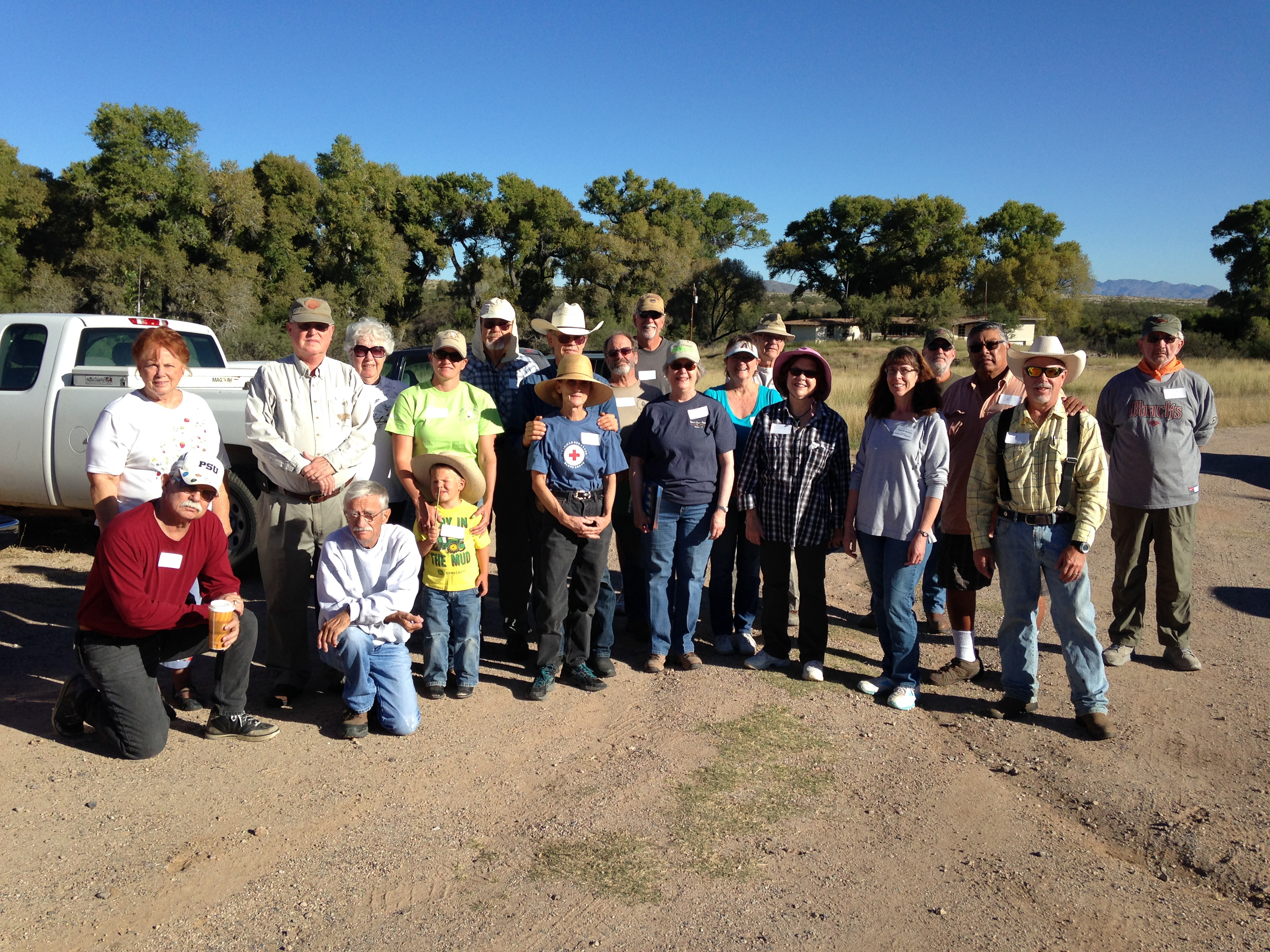 Dedicated volunteers have been key to preserving the historic Empire Ranch House and Headquarters.  Stay tuned for an announcement of the next scheduled volunteer day.  To volunteer, please submit a Volunteer Opportunities Form, and we will contact you with more details!