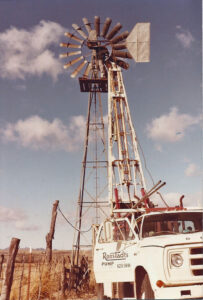 Anamax Plans for the Empire Ranch–1975

Anamax was a partnership of Anaconda and Amax mining companies. Their primary interest in the Empire Ranch property was its water supply.  “If Anamax develops the East Helvetia property, it will use water from the Empire to run the mine. Stott explained as he drove along a ranch road, ‘We drilled nine water test wells while it was under option. We will complete fifteen shortly to get a real good handle on what our water supply really is. A lot of wells.’  ‘We will be able to use it for mining without assaulting the groundwater in any permanent way.’  Stott used to be a mining engineer for Phelps Dodge at Morenci. He went to law school, then to work for Amax in Denver. He said Dr. John Harshbarger, a prominent hydrologist who teaches geology at the University of Arizona and runs an outside consulting service, is evaluating the Anamax test wells. They are drilled to bedrock, then pumped down for 24 hours. Hydrologists study drawdown, well recovery and the effect on other wells, including wells on other ranches. Stott said, ‘Our testing so far has indicated that we’ve got enough water on the ranch so extraction of water for our mining activity won’t take most or all of it. It made everybody (Sonoita-Elgin area) happy to know it was going to be retained as a ranch.” [Arizona Republic, 3/16/1975]

Steve and Annie Boice’s daughter, Jeannieann Faith, was born in Tucson on August 25, 1975.  She was the first infant to live in the Empire Ranch House Master Bedroom since Walter and Margaret Vail’s children arrived on the scene. 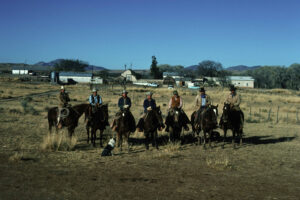 In 1975 Anamax Mining discontinued the Boice grazing lease on the Empire Ranch. Grant Boice recalled that that closing down the ranching operations at the Empire “…was probably the most traumatic thing that ever happened to Dad [Bob Boice].  And I remember he was very close friends with Jack Nelson that had the sale barn in Willcox and also in Tucson.  And he consulted with Jack, “O.K., what do we do?  We’ve already invested all the capital as far as trying to buy a ranch to move these cattle to.”  Was there much future in ranching?  Well, it looked pretty bleak at the time, didn’t look very good.  And so Dad decided that the best thing to do was to go ahead and sell the cows.  And that was an extremely hard decision for him.”  The crew from the Slash S worked with Bob, Grant, and Steve Boice on the last Empire roundup. 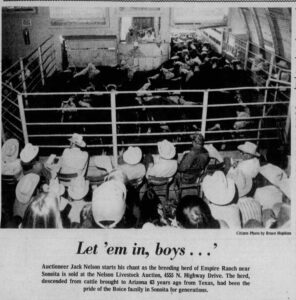 “The entire breeding herd of the Empire Ranch has been sold at auction in Tucson scattering forever some of the finest Hereford bloodlines in the Southwest Brought to Arizona in 1912 from the sprawling XIT Ranch in Texas the herd has been the pride of the Boice family in Sonoita for generations. The herd belonged to the family of Robert G. Boice of Globe and to the estate of his late brother Frank. In a matter of a few hours the 890 animals — including 70 bulls — that had taken nearly three weeks to round up had been dispersed among 18 buyers. The bulls brought an average of $347 a head. The pregnant cows brought an average of $256. Boice sat with his family at the edge of the sale ring after the crowd had dissipated and stared out toward the stock pens. He tugged at his Stetson and remembered aloud that cows from the same herd had brought $300 each in 1951. The Boices’ brought the cattle to the Empire Ranch from another part of the state in 1928. Forty years later the ranch was sold to Gulf American Corp. About a year ago GAC sold the property to Anamax Inc. The mining company did not renew the Boices’ grazing lease and the family had no other spread suitable for the herd so it had to be sold.” [Tucson Citizen, 12/20/1975] 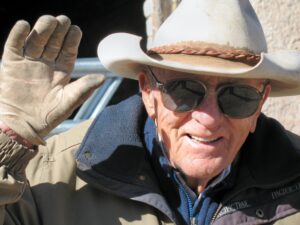 When Anamax Mining discontinued the Boice grazing lease they consulted with rancher John Donaldson John and subsequently entered into a lease agreement with him to manage ranching operations.  John’s ranching career began with the lease of the Tanque Verde Ranch in Tucson. By 1952 he was a ranch owner, including the Tortuga Ranch located in the Avra Valley, and in 1960 the Diamond Bar Ranch, near Silver City, New Mexico.

John resided in the Huachuca House and used the main Ranch House for guests and entertaining. 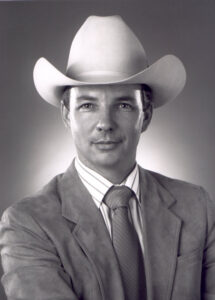 In 1977 Grant Boice, Bob and Miriam’s son, moved to Colorado to manage Western Slope Feeders (WSF).  Grant had graduated in 1975 from the University of Arizona with a Bachelor of Science degree in Animal Science.  He then worked on the Slash S Ranch in Globe “…before taking over management of WSF where he makes about 90 percent of the planning decisions.”

“Boice said he likes the feedlot part of the industry better than any other part and feels it is the only phase of the cattle industry making any money in the present state of the industry. ‘Ranchers everywhere are in trouble and it looks like it’s going to stay that way awhile,’ he said.” [The Record Stockman, 7/14/1977] 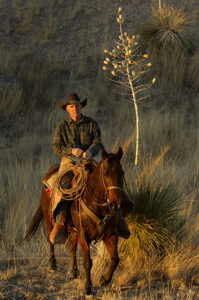 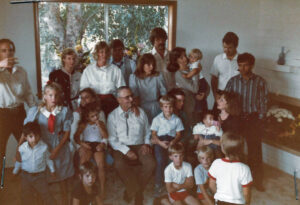 In 1979 Bob Boice made the difficult decision to sell the Slash S Ranch in Globe and Western Slope Feeders in Colorado, thus ending his direct involvement with the ranching operations begun by Henry S. Boice.

Mary Boice Souders died on October 3, 1985 in Queen Valley, AZ at age 81.  She was survived by her second husband, Ed, her son Bob, a sister and two brothers, eight grandchildren, and 14 great-grandchildren. 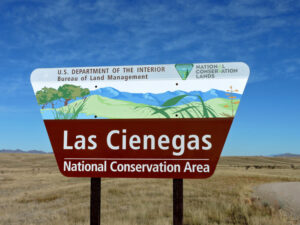 In 1985 Anamax discontinued its copper mining operations on its Twin Buttes property “when the company decided it could not make a profit.” Anamax also listed for sale “its extensive land holdings in the area, including Bull Farm, 2,500 acres north of Green Valley; the Helvetia copper deposit in the Santa Rita Mountains; and the Empire and Cienega ranches, totaling 70,000 acres in the Sonoita area. [Arizona Daily Star, 8/13/1986]

Throughout 1987 the Pima County Board of Supervisors explored various options to acquire the Empire and Cienaga property to create a park.  At year’s end a new deal was announced: “The Empire and Cienega ranches, coveted by Pima County for more than six months, will become federal property, officials said yesterday. The Bureau of Land Management will acquire the properties in exchange for federal land in Maricopa County,  Under the BLM deal, the Empire and Cienega ranches would be left to what the county had long sought public open space.” [Arizona Daily Star, 12/4/1987]

In March 1988 the land exchange was finalized. “’The Empire-Cienega ranch trade has been signed,’ said Rep. Jim Kolbe, R-Ariz. ‘I believe it is one of the most important, if not the most important, land acquisitions in recent years for Southern Arizona,’ said Kolbe, who was instrumental in arranging the land swap between a private investment firm and the U.S. Bureau of Land Management.  The acquisition was the result of a complex three-way trade agreement involving the BLM, Anamax Mining Co., which previously owned the property, and Seven West Properties. Kolbe said the ‘nuts and bolts’ of the agreement were that Seven West would acquire the land from Anamax with the understanding that Seven West subsequently would trade the property and other holdings for bureau land in Maricopa County. Anamax would end up with cash. Seven West would end up with land for development in Maricopa County and the BLM would end up with the ranch land…”[Arizona Daily Star, 3/25/1988]