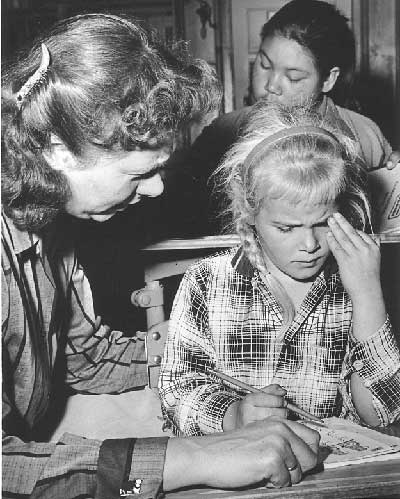 Dorothy Fisher describes her experiences as teacher at the Empire school from 1954-64. The Empire School was not part of the Empire Ranch; it was part of the Tucson School District and attended by children from a number of nearby ranches, including the Empire Ranch. Four of Pancho and Sherry Boice’s children, Steve, Kitty, Sherry and Carol attended the school. Ms. Fisher taught several of them.