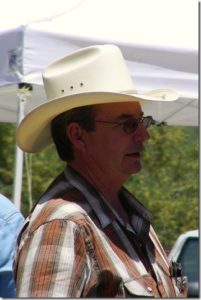 Robert Grantham (Grant) Boice II was born February 10, 1953, at St. Mary’s Hospital in Tucson.  The son of Bob and Miriam Boice, he lived on the Empire Ranch until 1956 when his family moved to Globe, Arizona.  At that time his father took over the management of the Slash S ranch.  Grant graduated from Globe High School, was active in 4-H through junior high and high school, showed steers at county fairs, SALA, Arizona National Livestock Show, and graduated from the University of Arizona with a degree in animal science in 1975.  He was the executive director of the Arizona National Livestock Show for over 18 years, retiring in 2014.