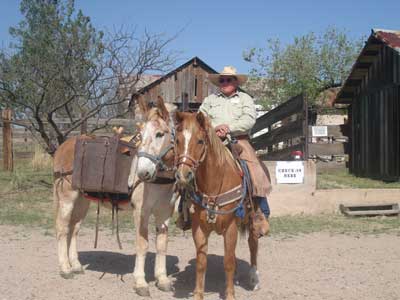 Frank Stephen (Steve) Boice is the son of Frank Stephen (Pancho) Boice and the grandson of Frank S. Boice, a partner in the Chiricahua Ranches Company that purchased the Empire in 1928. Steve grew up on the Empire and lived there until 1975. He is a former president and an active member of the Empire Ranch Foundation. Steve describes the uses and characteristics of various ranch house rooms in the 1950s and 1960s.